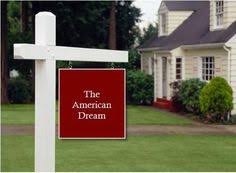 Fair warning – this is a longggg post.  But it is a 2-fer really.

First, i want to give you some of my backstory.  How did i get to this place?

To date, i haven’t given you ‘that much’ information about ME and my husband.  But i want to now.

We’ve been married for 17 years.  We met at work.  We are both in the same profession.  He was my boss when i started working there.  (i suppose he was ‘in charge’ of me from the beginning!)  i worked there for 9-months when we started dating.  Our firm sent us out of town on a project for 3-weeks where we ate, drank, and …got merry!  (MERRY not MARRY…. not yet anyway)

We dated for 5-years.  A longgg 5-years and i doubted whether he was going to marry me and i ended up giving him an ultimatum.  Obviously, he conceded and we were married shortly thereafter.

And life got boring.  We changed jobs, weren’t working together.  We had a kid.  Only one.  And life was even more mundane.  We both thought, “This is ALL there is?” and we became your average American family with a 2-story house, picket fence, and a dog.

The “American Dream” … right?  What more could a girl want?!?

Well… looks can be deceiving.

At about our 10-year anniversary, neither of us was “all that happy” (and a bag of chips).  We were just going through the motions.  And something had to change or else we would either die young (boredom) or end up divorced.

That’s when we started talking about having a 3-some (with a woman).  And from there, we talked about becoming swingers.  And we did it ….all.  Yes, i consider myself bi-sexual now also.  But we don’t have any ‘regulars’ we see… not yet anyway.   (In another post, i’ll give you some salacious details!)

The more we explored, the more i wanted to do.  He was happy with a 3-some (of course he was, what man wouldn’t want 2-women?!).  But i found myself wanting to be controlled.   i wanted him to tell me what to do.

It basically started as a fantasy… and mostly sexual.  i really thought i was a masochist for the longest time.  And when i “casually mentioned” this to my husband, he was like, “NO, I can NOT beat you!!  I was raised to respect women”  And i was like, “But i WANT you to.”  And while i think he just basically thought i was crazy… i REALLY think he thought that this was a “phase” that i was going through.  That the fantasy sounded good, but the reality wouldn’t be.

Fast forward a bit.  About 2-years ago, i found the website Fetlife.com  and i decided to register.  And my profile says “I’m a married female, on here with consent from my husband.  I want a Dom and while he doesn’t feel that’s something he can do, he supports my endeavor to find one.”  And all that was true.  i talked to him first.  And he agreed, as long as he knew where i was and who i was with at all times.  (Safety first.  That was  his concern).

This is the point he started to take me seriously.  i never did find anyone that i was brave enough to actually meet …. stories of rape, abuse, and kidnapping scared me so much that i just couldn’t ACTUALLY bring myself to GO MEET “HIM” (or HER).

WELL – so how did we bridge this gap?

Our dog LOVES to bark.  We’ve tried everything to get her to stop.  And we finally bought her a shock collar that we shock her (at the very highest level!!) and she FINALLY stops.  It is run from a plug-in Rechargeable battery and you are now wondering, “HOW did we get to talking about the DOG and HOW does that get us to a DD relationship”  (Bear with me 1-more minute!)

The collar went ‘dead’ and needed to be recharged a little more than a week ago.  So i plugged it in and waited (bark, bark, bark going on the entire time i waited!) .  It was FINALLY time to put it back on her.

And when David got home from work, he said, “I see you put her collar back on.”   To which I replied, “YES, a collar is a good thing!”  and he said, “Is it now?” and i said, “YES! Absolutely!”  And at this point, i think he knew i wasn’t talking about the dog collar.

He went to the (home) office computer and started typing.  And i figured out he was doing something “secretively” so i didn’t bother him.  (Maybe he was finding us a hot babe for another hot 3-some!)

i didn’t know for sure if this was the start of him REALLY being my Dom, but i prayed about it.  i was hoping!  i literally prayed, “Lord, let him be the head of our house.  Let him have his way and not mine.  Help me to submit to my husband”.

Finding Domestic Discipline.    Up until this point, i didn’t even actually KNOW about DD.  i got SO turned on by the collar, i went to my ipad and typed into a Google search, “Submitting to my husband” and the first thing that came up was “Domestic Discipline”.  I read a lot about it that night.

THAT was when i realized, i’m not reallyyyyy a masochist.  i’m a submissive wanting to submit to my husband, have consequences for NOT doing so, and well, have domestic discipline.

i showed my husband what i found and asked him to research it too.

And the VERY NEXT DAY… he told me to buy a paddle and be ready to have it used.  i thought, “WOAH, we are REALLY doing this!!”

… and THAT my friends is “How I got here in the first place!”

None of it was acted out or played out in real life.  If you count ‘talking to someone online or text’ as playing it out in real life, then yes, i suppose i’ve had a real life experience.  But other than THAT, nothing.

So i’ve had this whole “IDEA” of how this was supposed to go.  Frankly, it could be my own real-life-movie where i’m the star of the show and my husband says his lines and plays his part.  All i had to do was give him the script!

And that’s basically what i tried to do.  That’s why i’m “Topping from the Bottom”.  You know, where i tell you how to dominate me and you do what i say?!?!  THAT was what i envisioned.

WHAT I GOT was a TRUE SIR.   My husband, David, is coming into his own.  He took my ‘Advice and ideas’ for about a week.  And NOW, he’s told me to SUBMIT and let HIM dominate.  That i’m too bossy.  That i need to understand that submission doesn’t mean tell him what to do.  It is the other way around.  And whether it is according to my ‘script’ or not, he doesn’t care.

Sir is doing an amazing job.  i’m SO thrilled and impressed at his desire to lead.  (Today he told me he wouldn’t hesitate to turn me over his knee in public or in front of my sister, if the time comes that it is needed).

i don’t suppose i’ll ever really know what made him buy me the collar.  i won’t know what ever convinced him that i truly do want this.  i won’t know how we got from ‘there’ to ‘here’.  BUT – i do know – i have to throw away the script and let him do what he was born to do – LEAD and DOMINATE.

Life shouldn’t be scripted – maybe that’s why we were just an “average American family” and yet – bored.  i don’t want to go back to that life.  i need to just relax and let him do what he’s meant to do – LEAD.

And to remember all i REALLY have to do is – SUBMIT…. respect, obey, and did i say submit (??) … in a way that is pleasing to HIM!

My Black and White World

Everything is Black and White

My Submissive Journey in a Life of Slavery

Inside the mind of a Dominant male

Diary of a recovering Dom.....

Married Submissive, Exploring the kinky side of life.

This site is about my journey into male chastity. I hope to be brutally honest and perhaps helpful to others wanting to try the same thing.

A blog on my desire to be virtuous and submissive

D/s Dd..and a lot of processing on submission

what it all means for a new submissive

Jack of all trades, striving for mastery in quite a few.